Image description: A colorful illustration of smiling couples of humans of all shapes, sizes, and colors sprawling on a green field with friendly-faced flowers. The sky behind them is bursting into a huge outer-space-like rainbow. The image is decorated with small polka dots and different colored flowers and all of the faces have artist Barry Lee's recognizable W-shaped noses.

This issue has some repeat guests from 2019, as well as some newbies. Our gorgeous cover image is used with permission by Atlanta-based Disabled and Queer artist Barry Lee!

How was your Pride Month? I didn’t really do a lot because 1) the pandemic kind of f'ed up my social skills and 2) Atlanta actually hosts most of their pride festivities in October, but I did end up in a gay bar one night that was playing '80s hits, which was quite fun. I also watched Luca with my gf and our roommate and boy that is a complicated movie. It’s cute, though.

A few newsletter updates: I’m working on building our community and audience right now, which means doing lots of silly algorithm-pleasing stuff on Instagram (mostly Reels, which is IG’s version of TikTok, ugh, technology). If you enjoy this issue, I’d greatly appreciate it if you told a friend about it. :)

In the 2019 Pride Month issue, I reviewed the first season of Special on Netflix, a satirical comedy show about Ryan, a gay man with cerebral palsy living in Los Angeles. The first season was limited to fifteen-minute episodes, but for the second season, Netflix ~generously~ granted writer/star Ryan O'Connell thirty minutes per episode. Exciting! But... then Netflix decided that the second season of Special would be its final season.

So, the show is then forced to tie up all of its loose ends in just one season, and most of the arcs are pretty uncomfortable. When the season begins, Ryan and his mom still aren't speaking to each other. There are complicated, messy relationships; there's grief, there are ableist characters, and there are jokes that kind of just... don't land.

The good parts: Ryan starts hanging out with some cool other disabled people, and has a fling with a cute autistic guy. Kim starts to pull her life together. There's a fun little celebrity cameo. And there are still plenty of very, um, honest gay sex scenes, if you're into that.

I'm not sure if this season was disappointing for me because of how Netflix rushed it to end quickly, or if the writing simply wasn't as good as the first season. So many of this season's plot arcs simply felt frustrating – one of them being that the character Ryan, himself a writer, barely writes anything.

Despite Netflix yoinking the show, Ryan O'Connell has continued to write, unlike his fictional TV counterpart. O'Connell's debut novel, Just By Looking At Him, is set to be published in Spring 2022. It sounds something like autofiction.

While browsing virtual pride events that highlighted the experiences of queer and disabled people, I found an event called “The Gap: Deaf Queer Women — Where Is Their Space?” from a Canadian queer theatre called Buddies in Bad Times. The event was hosted on Zoom and conducted in American Sign Language with English interpretation.

The event featured Deaf BIPOC artists Gaitrie Persaud-Dhunmoon and Courage Bacchus, who have been the theatre company’s artists in residence since January. According to their bios on the Buddies in Bad Times website, Natasha “Courage” Bacchus is a Tkaronto-Guyanese, Deaf Black Female Queer, 3 timer Deaflympian Sprinter, and 2020 Black Lives Matters monologues winner. Gaitrie Persaud-Dhunmoon is a Tkaronto-Guyanese, Deaf IBPOC/QIBPOC activist who is passionate about music, activism, empowering Deaf artists and ASL music, and also an ASL coach, ASL music performer, and actress.

The other panelists were Thurga Kanagasekarampillai, a Deaf Tamil Queer artist who has worked as Deaf Interpreter and ASL performer for many theater productions, and Tamyka Bullen, an ASL poet and social services worker for women, immigrants, youths, and the LGBTQA community.

During the event, speakers highlighted issues they have faced both in the larger ableist, white society and in Deaf spaces that are unfortunately focused on the white, cishet experience. Some of the issues that were brought up include the lack of Deaf roles in movies, the fact that even the LGBTQ-focused Deaf spaces still focus on white people, the danger that comes with making assumptions about any person’s experiences, and the issue where hearing people will sometimes “test” deaf people by making loud noises around them or trying to scare them to see what level of hearing they have, which is um, obnoxious and disgusting, don't do that.

I’m really glad I got to attend this virtual event, because as an American I probably wouldn’t have known about this theatre company or these lovely people otherwise.

Chella Man’s book Continuum is a slim volume of 64 pages, one of a series of activist books published by Penguin Teen called the Pocket Change Collective. The book is a memoir about Man’s experience growing up as a Deaf, Jewish and Chinese, genderqueer kid in Pennsylvania before moving to New York senior year of high school and creating art, modeling, and writing.

The book details a lot of the tough experiences Man had in his childhood. While he cut his hair short and dressed masculine, his mother would introduce him to acquaintances as “my daughter.” He assumed that this was to assert his birth gender, but after talking to his mom, he realized it was also to avert any stereotypes about race: his mother is a white Jewish woman, and people wouldn’t automatically assume that Chella was her child, or they would assume Chella was adopted.

Living at the intersection of all of these identities, Chella was constantly explaining himself to others. He developed a kind of internal questionnaire to protect his energy:

“Either I can advocate for myself and teach others how to avoid performing future discriminatory actions or I can walk away. To determine my response, I consider:

Chella says he often chooses to advocate and teach, and “hopes that [his] labor is seen as an invitation for others to play a part in the growth of inclusivity and accessibility.”

I appreciated the moving and beautiful stories that Chella shared about his childhood, and I hope that this book will help a lot of young kids who identify with any part of Chella’s life. I did come away from the book wishing I could know a bit more about his art, but these books are intended to be very short.

In case you missed it: 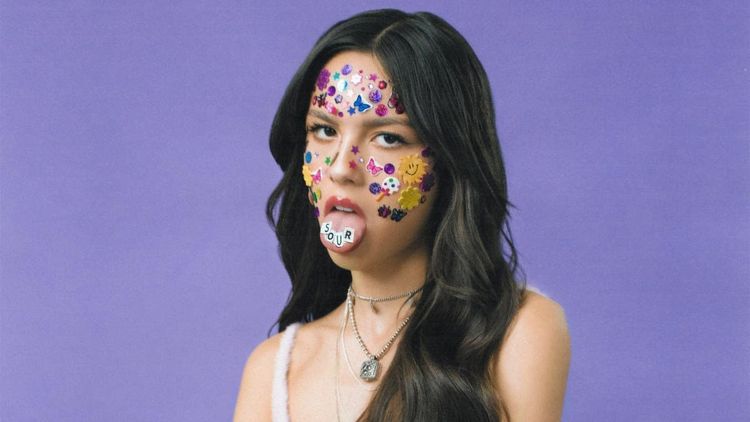